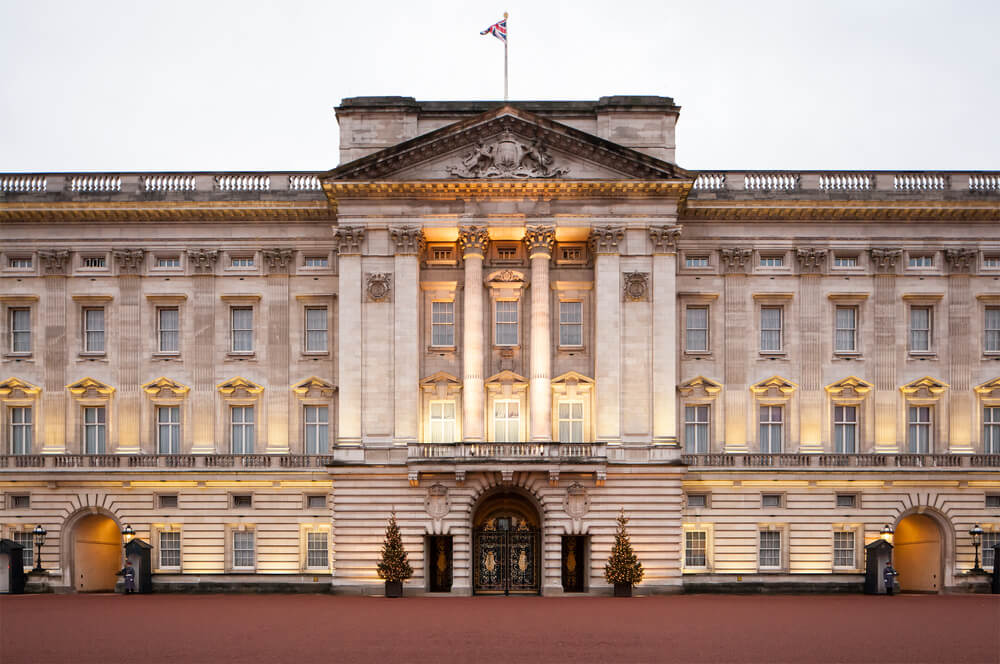 Buckingham Palace is big. Try to imagine a single residence with 775 bedrooms, 78 bathrooms, 92 offices, 19 different staterooms, 760 windows, 350 clocks, and a cash machine, and you’ll soon have an idea of how big the Queen’s home actually is.

Nowadays the Queen — and the Royal Family at large — is more of a diplomat than a sovereign. The result is that Buckingham Palace entertains more guests now than at any other time in its history — about fifty thousand people a year, it is reckoned. Piers Morgan once asked the Queen if she liked hosting so many guests. The Queen replied: “[Well Mr Morgan] how would you like 12,000 complete strangers trampling over your lawns?”

And that’s just guests and doesn’t include actual footfalls from tourists. The Queen’s comment is amusing because it begs the question: How does the Queen keep the Palace clean? At what cost? Here’s how, in five ways, Her Majesty pulls it off.

With a ‘Royal Army’ of cleaners

Things sound less daunting when you realise the Queen employs over 800 cleaners to look after the Palace. Most of them are paid a surprisingly low amount — about £17,000 a year. But they do get free accommodation and free meals in the Palace in addition to their duties, along with a pension scheme and 33 days’ holiday.

The cleaners must work hard: as the Palace has a reputation for being remarkably free of dust. Despite its titanic size, the Royal Army of cleaners quickly removes any dust before it is allowed to settle in the historic home.

The Palace’s garden also has a Royal Army, but a different kind: a legion of eco-gardeners. This Army tends to the 42-acre grounds of the palace. They recycle all the green waste and, using their advanced horticultural skills, take the droppings and straw from the Queen’s stables, start the process of rotting them, and then use them to prepare new flower beds.

A third kind of Army is drafted for one of the Queen’s legendary garden parties, but not to repair the trampled flower beds. This army of 400 staff uses all of its military capability on the grinding out of 20,000 sandwiches, over 20,000 slices of cake, and in the brewing of over 27,000 cups of tea.

The Queen requires her window cleaners to use 100-foot long telescopic poles to clean the near-thousand windows of Buckingham Palace. The Queen requires them because she — like any other person — has the right to a private life. In the few rooms that are off-limits to the forever curious public, these 100-foot poles rule out any possibility that anyone from the outside can effectively peer into those private quarters.

By having ‘unique’ job roles

Perhaps the greatest threat to the maintenance of Buckingham Palace is that so many roles it requires are threatened with extinction. Twice a year, to correspond with the turning of the clocks forwards and backwards, the Queen employs a ‘horologist’. But horology is studied by precious few people. The British Horological Institute only has 2,400 members, and in 2013 only 86 people in the entire country had the qualifications necessary to adequately tweak the Queen’s clocks.

Other jobs the Queen requires include the role of cleaning “historic vases and irreplaceable paintings” (a scantily paid 20 hour a week job, with a salary of under £10,000 a year); a “frames conservator” who looks after the picture frames of said irreplaceable paintings (the salary for this is a modest £27,800 a year); and a “senior art handler”. The latter role is tasked with handling over 8,000 paintings and 3,000 miniatures and is paid £30,000 a year.

The Queen even has her own in-house pot washers. With there being so many garden parties and guests each year, a handful of kitchen staffers are paid to non-stop wash pots all year round.

The most glamorous job role of all (in both stature and pay) however, is perhaps the “Master of the Household” position. At a handsome £122,000 a year, the Master has the job of ordering all of the domestic staff about in the Royal kitchens, along with any pages, footmen, the Housekeeper, and the Housekeeper’s staff.

Unsurprisingly, the Queen requires her staff members to give their all and cut no corners. For example, staffers in the dining room employ what is known as a ‘Butler’s Ruler’ to make sure each plate is exactly an inch from the edge of the table.

Folding is also important to get right. The Queen once remarked to a staffer, named Barbara Allred, that “one could cut one’s lip” on the stiff napkins that she had set out improperly. The “110 percent” culture is perhaps no better noted than in the schemes that the Palace runs for the public. Anyone can train to be a royal-standard butler if they can find £7,000 and a place to stay near the training grounds of Blenheim Palace in Oxfordshire (etiquette lessons are also included). The course may take four weeks to complete but then, and only then, can one properly eliminate the fear of having one’s Queen cut her lip on the napkins.

—
This article was written by Neil Wright on behalf of Thomas Cleaning.